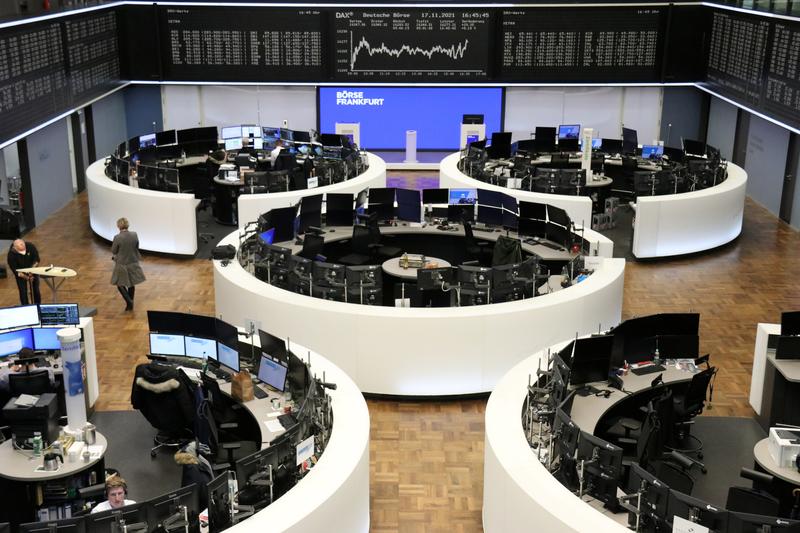 (Reuters) – European shares hovered near record levels on Thursday fuelled by strong earnings, although weakness in commodity-related stocks due to declines in oil and metal prices limited gains.

“There’s a gradual creeping of money in to the European market,” said Graham Secker, European equity strategist at Morgan Stanley.

While gains for the STOXX 600 have been small recently, the benchmark index has risen 17 times over the last 19 sessions, helped by a stronger-than-expected earnings season and an accommodative monetary policy.

“General investor sentiment has been too cautious, but now as concerns through July, August and September about the U.S. and China slowdown and earnings season are starting to lift, that’s allowing equities to move higher,” Secker said

Oil stocks were among the biggest drags on the index, down 1.1% after crude prices plunged on worries of a supply overhang and the prospect of China moving to release strategic fuel reserves. [O/R]

Miners slipped 0.6%, after London copper prices fell to their lowest in more than a month. [MET/L]

Latest Refinitiv data shows profits of companies listed on the STOXX 600 are expected to rise 60.4% in the third quarter to 103.6 billion euros (£117.2 billion) from a year earlier, a dip from last week’s 60.7% estimate.

“The Eurozone has seen larger earnings upgrades than other regions, and we forecast 60% earnings growth this year,” analysts at Swiss bank UBS wrote in a note.

Submarines-to-steel group Thyssenkrupp jumped 4.9% after the company said its profit could more than double next year and it may take its hydrogen unit public.

A decliner was German auto supplier Continental, which fell 4.4%, after it announced the departure of its chief financial officer following a probe into the illegal use of defeat devices in diesel engines.