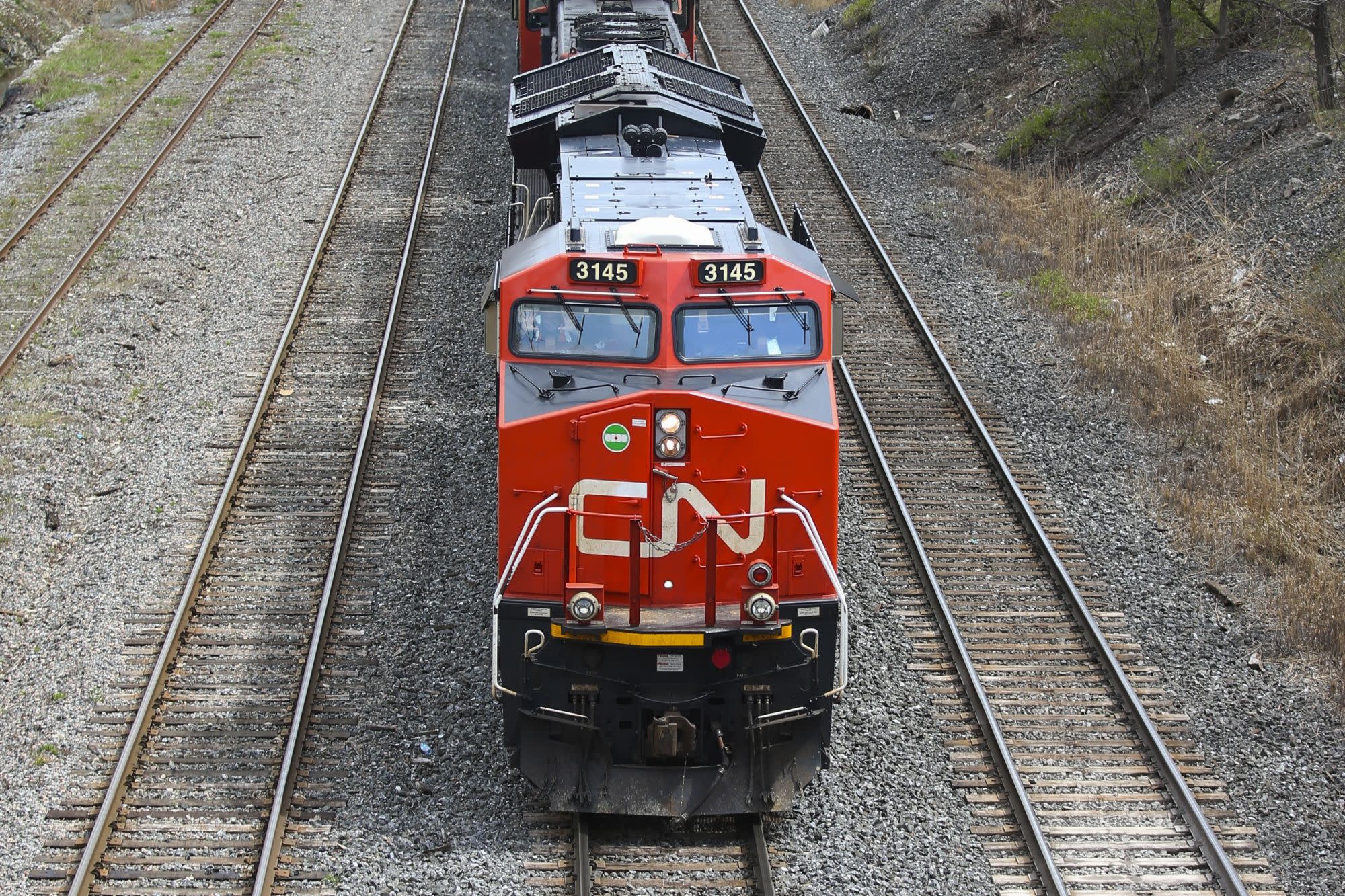 (Bloomberg) — Canadian National Railway Co. told its customers on Wednesday that it’s temporarily suspending operations in parts of British Columbia due to wildfires, the latest snarl to rail traffic in the region after recent track damage left thousands of cars idled. The company isn’t currently running trains between Kamloops and Lytton, B.C., as there are several fires in the area, according to a letter to customers seen by Bloomberg. CN Rail didn’t immediately return a request for comment on Wednesday’s halt.

This is the second time in just two weeks that rail traffic has been disrupted in the key B.C. corridor — the bulk of exported rail cargo is transported through this area to reach the Port of Vancouver, Canada’s biggest. A June 30 fire in Lytton burned down the village and damaged tracks operated by CN Rail and Canadian Pacific Railway Ltd. Some train movement resumed last week after repairs to the CP track.

The CN Rail line sustained more significant damage to a bridge, which reopened to train traffic late on July 13, the company said in an emailed statement. Meanwhile, the port in Vancouver has been congested with vessels due to the rail car delays. CP Rail did not return a request for comment on the status of its B.C. operations.

CN Rail’s latest halt came after BC Wildfire Service requested that the company temporarily suspend operations in the area, the letter to customers states. ‘Fires Raging’ Strong winds caused the Lytton Creek wildfire to cross the Trans-Canada Highway, which is now closed near Lytton, and “BC Wildfire has engaged with the railway partners in the area to stop rail traffic at this time,” the agency said in an emailed statement.

There are more than 300 wildfires burning in the province, according to the BC Wildfire Dashboard. “There are also fires raging very close to our track on the Lillooet line running from Vancouver to Prince George via Squamish, and as a result, we will not be running a train today on that line,” the CN letter states.
Story continues

The transportation bottleneck has hurt Canada’s ability to export goods like grain and lumber, and hampered the transport of imports across the country. In the last week of June, when the fires first brought movement to a halt, the amount of grain unloaded at the Port of Vancouver was 49% below the same period a year ago, data from grain transportation monitoring company Quorum Corp. show. On Wednesday morning, there were nearly 800 rail cars carrying grain at the Vancouver terminal, marking a steady increase over recent days as trains slowly moved west following track repairs.

Subscribe now to stay ahead with the most trusted business news source.